* More tweaking with line play, both run and pass blocking. Mainly dealing with the push between the blocker and defender. Run blocks have been shortened a bit because I think the average gains were a little too high. Pass blocking should have less pressure from the inside, I'm hoping DE's will get more sacks and pressures than DTs. BTW, I also added a 'hurry' stat to the defense stats - this stat has been tracked for a while, it just hasn't been visible.

* Linebackers (and other zone players) will not rush the LOS until the RB arrives at the LOS to stay back for the second level.

* I rewrote the man-to-man algorithm to try to get more impact in the M2M attribute influence. My goal has been that a low M2M defender will have trouble when a WR with high route running makes his cut; I've rewritten the algorithm to try to accomplish the same thing with a different strategy. Short story, high M2M defenders should have no trouble keeping up with any WR, lower M2M defenders will still do well against low route-running WRs but should have difficulty with high route-running WRs. I'm hoping this will get WRs open more ofter.

* There are still some issues with zone coverage that I haven't addressed yet.
Liked by Mr.Krazy, raymattison21

The LBs slide laterally into their zones. As soon as the RB reaches the LOS, though, they turn and run away from the play instead of pursuing. 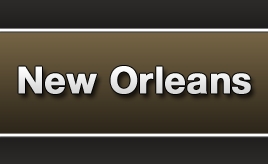 By raymattison21
1/12/2017 11:14 am
Lets start off by saying the hurry stat being displayed is awesome! But pass and run blocking are overpowered. Inverted pockets and DTs ruling pressure and sacks, besides that middle linebackers blitz .

Baltimore capped Cincinnatis rushing attack by blitzing the weak side, but that's one play and in general run blocks seemed long as I busted two punt return for tds. My opponent was slow though....

Back to pass block ....... in the nfl the guys getting pressures are fast DTs....sub 4.9 fourty yard dashes. Here it seems 60 speed is enough....and 19 speed at DT will get you more pressures than 100 speed coming off the end as an undersized edge rusher on clear passing situations.

There were slow Tackles having no problem handling these pass rushers or now they are linebackers who can't cover. In the past two games both have been nullified and play invisible. Yet a 15 year 50 strength and speed DT gets a sack vs an elite Center o a triple team. One should have been enough..

Yet my defense forces a lot of interceptions. Granted this was vs a rookie QB with no weapons...just throwing it up there....even though we applied moderate to low pressure. Sacking him 3 times ....two from separate DTS and one blitzing MLB out of more than 40 pass plays.


Now back to run blocking.....My team had three almost five long tds called back due to holds. Running the ball and on interceptions returns.

To me thats run blocking being to easy, but it's hard to tell as my opponent went big and tight or just spread it out. My defense was caught slightly off guard....trying to match up formations calling 4 plays over 5 times.

Still, seeing blacks and lellows game makes me think more is at work as I run FB traps and counters as my most favored run play...really got to change that. ...but with no real elite offensive linemen on my team yet we can still move the ball....makes little sense.

I do not think the owner/ gm/coach strategies should have this type of effect...it doesn't seem that bad as in general worse players are playing worse, but are the better ones playing better.

I am not sold on anything in this code, but I see it working as long as black and lellows game was no glitch. Most defenses could not stop a thing...but 3 points seemed impressive as I do not think any play there was used more than 13 times....

My only real gripe is that slow DT getting more pressures and sacks than the edge guy. But I do not see any defender tracking that running QB ....something I wish happened more also

By ibblacklavender02
1/12/2017 7:52 pm
I lost to a team that had an elite QB who played like an elite QB. I still don't understand how faster players get caught from behind or faster players can't catch a slower player.....I know fatigue has to do with it but I wish I knew the threshold because I'd much rather they sub out...

By Mr.Krazy
1/12/2017 8:49 pm
Yeah I am still noticing that pass blocking is still overpowered slightly and Linebackers still rule in terms of applying pressures and sacks, at least in the game I saw.

I am liking the updates towards defense, but noticed that Quarterback play was terrible in my game. Both QB's rated mid 85 and threw less than 50% completion. One thing that really caught my eye was that the QB was ignoring wide open receivers quite frequently and kept on throwing it into double, triple, quadruple coverage)

Meyer stares down his receiver and doesn't even bother looking for another receiver before throwing to a receiver covered by 4 guys.

Here Meyer ignores WR #11 who is wide open and (at least I think) is in his Field of Vision, and throws an incompletion to a receiver who was covered pretty good.

I would suggest maybe reevaluating how FOV, Look off defender, and intelligence cooperate with each other and adjust it to where if a QB that has High FOV, Look off defender, and intelligence in that order, they will have a likely chance to throw to a open receiver despite the receiver being midway through his designated route. But who knows, maybe my game between me and NY just had a good defensive game.

Anyone else notice anything that was off in the passing game or had a highly rated QB throw for less than 50%?